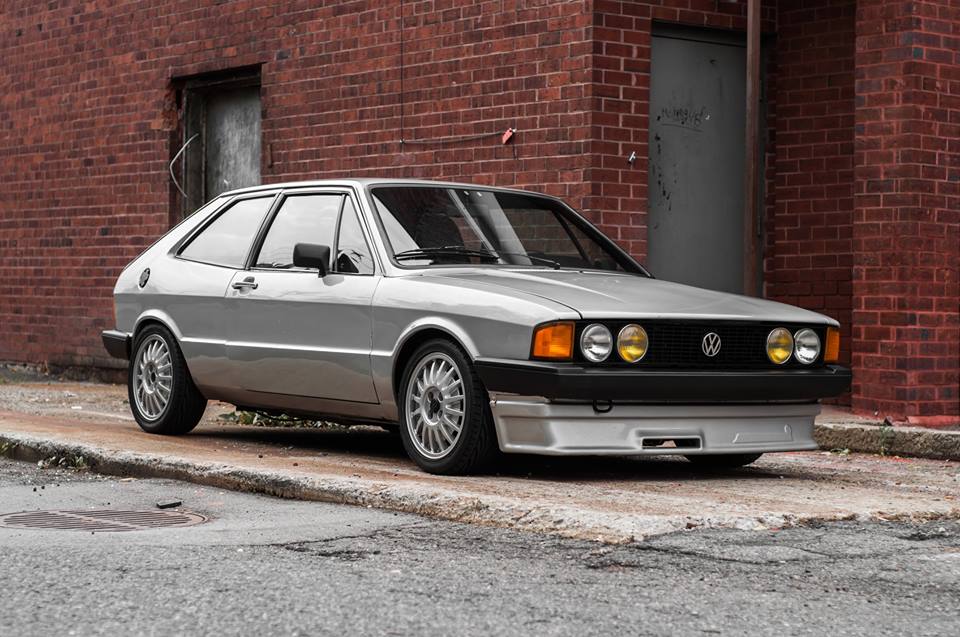 Here is Fred’s summer car. Compared to his track car which doesn’t go out often, this one has more mileage than any other one in the Project cars section. This car has been the development platform for the Tech-53 products. From steering column parts to the big brake kits, it has seen it all. Even the HD VW Stub axle kit and the hardline conversion was designed on this car.

By the time his race car was finished, Fred was also taking his street Scirocco to the track. That way he could design his parts for his track car, which was not plated at the time.

Fred decided to cross the United States back and forth from Montreal, Qc (Canada) to California, USA in 2014 with one of his friend. He was also driving a Scirocco, but a MK2.

The route they took during this trip follows the red line on the poster.

Rolling down the Lombard Street in San Francisco.

Fred’s Scirocco next to the Death Valley National Park sign.

Fred, along with the same friend who traveled with him in 2014, decided to ship out their car to Europe in 2019. This picture is both their cars parked in front of the Wolfsburg Volkswagen plant.

You read that right, this car has rode down the famous Nürburgring track, on the Nordschleife circuit during this trip.

In the winter of 2021, Fred decided to refresh the entire engine bay. After taking everything out to give it a respray, he gave this car a new engine, a 02J transmission and a Wavetrack limited-slip differential. The picture shown was took when he was working on it. It isn’t finished yet.

Loyal to his traditions, Fred decided to give his Weber carburetors a good cleaning during the process.

Some parts sold by Tech-53 Inc. are sold for off-road use only. All performance modifications and installations are at the customers own risk.

Support staff ready to help you